Schema is a boring & technical concept that could put most plumbers to sleep. But once they realize what it can do for their SEO, and subsequent business success, they awaken rather quickly. The difficult part is getting plumbers to buy in to the idea of a microdata tag language that exists within HTML coding can directly impact their bottom line. But bear with us, because we’ve tested schema microdata extensively over our decade long management of plumbing contractors’ digital presences and have experienced nothing but enhancement, success, and competitive advantage. But the technical vernacular can be boring, even for web designers.

Schema is an extra layer of code that can be added to web page source code that gets inserted into the HTML code and labels pieces of data according to relevance. Schema tells Google what things are. For example:

If you use Google’s Chrome browser to surf the web, you can click CTRL+U to bring up the source code. It might look like gibberish to you, particularly if you’ve never studied programming or back-end website design, but it is something that Google’s web crawlers intimately understand. In fact, it is how websites communicate with Google, which as you might imagine, can heavily influence the perceived value of a website and its ultimate position on Google rankings. So don’t mistake a lack of understanding for a lack of importance. Google perceives that code, and that’s what matters. While most people focus on the front-end of a website (the visual component) … it is far less relevant than the source code when it pertains to organic SEO.

Yes. it’s natural for the average internet user to focus on the presentation of a website and not its back-end source code. But what if that front-end presentation is never seen? Because that’s exactly what happens to thousands and thousands of sites every year. They are buried on search rankings and fail to ever exhibit their favorable presentation to the masses. A pretty website can help with conversion rates, closing the deal, and keeping visitors on the site longer (decreasing bounce rate) but what it cannot do, is get them there in the first place. It’s not uncommon for aesthetically pleasing websites to have putrid code bases and result in contractors suffering the consequences to the nth degree. I’m talking about bankruptcy, loss of business, marital problems, and more. All because of a pathetically atrocious code base behind a nice looking visual.

Before schema code was a real powerhouse in web design communities, semantic markup was the original version of it. It still holds value til this day, albeit on a less specific scale. Semantic markup helped Google parcel web elements on a page. For example, it would tell Google this is the header, this is the body text, this is the sidebar, this is the footer, etc. Of course, this is important for Google to understand but schema takes it to a whole other level. For instance, schema can say that within the sidebar, exists a business address, or company logo, etc. The two methods don’t conflict with one another, but instead, schema is the natural progression of semantic markups’ original intention. Plumbers should take full advantage of this evolution when designing their own company website. It can have a direct influence on Google rank positions.

In our experience, 99% of plumbing websites use template websites before investing in our services. In fact, it is the lack of success from these websites that drives them to pursue a new marketing campaign. But sometimes these template websites do in fact have schema. So why does it fail? Because having schema can range from 1-2 schema code blocks, to hundreds of thousands. So while your template website might have very basic schema code, it does not have the advanced code that is valued by Google. It might tell search engines that your site can be searched, and even in some cases, its basic business information, but to really compete for the top rankings, you’ll need much more detailed information than that. One great example of advanced schema, is aggregate star review ratings which show the 5 star rating of your business. Plumbing Webmasters tracks about 100 types of schema code on a standard client.

Why Does Schema Matter for SEO?

The more Google understands about a website, the more effectively it can market it to consumers. Furthermore, the more revealing a website is about its contents, the more Google can trust that it’s worthy of being ranked on SERP’s. Another factor regarding schema & SEO is the SERP presentation. We mentioned the appeal of the aggregate star review rating. When this becomes an extension of your website result on Google SERP’s, the click through rate is expected to increase exponentially. So not only is schema helping your site earn trust from Google and empowering the search engine to most effectively market your services to relevant consumers, but is also encouraging superior user behavior metrics, which as we know, is very important for ranking position fluctuation. To sum up schema’s relation to SEO, consider these:

Schema is not something that can be easily implemented. That’s why most template websites use only of a fraction of the markups that are implemented onto Plumbing Webmasters’ websites. Experts in web design or a necessity to integrate a sound schema markup implementation. The goal of schema of course is to help Google parcel data and effectively promote your website to relevant users. Because of its heavy influence over SEO, it deserves significant attention and resource allocation. WE cannot stress enough the importance of this factor for plumbing SEO. With professional designers on-staff, we can help you take your web coding to the next level in 2019. 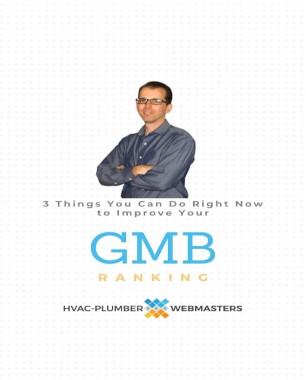 3 Things You Can Do RIGHT NOW to Improve GMB Ranking